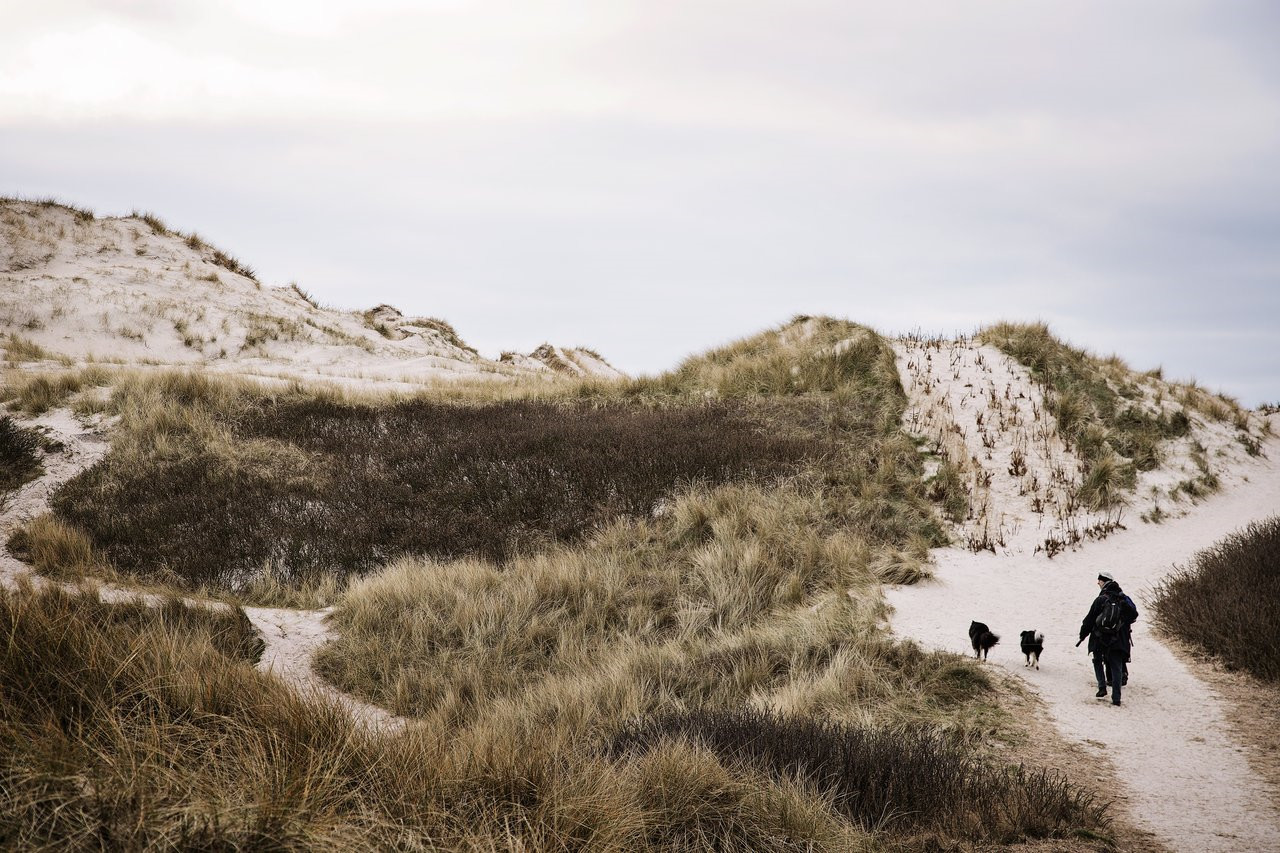 If you’re looking for a vacation in a wild outdoors of dunes, heathlands and wind-blown beaches under open sky, West Jutland is for you.
The coast is a dramatic landscape, shaped by The North Sea. However, it’s not far to the milder, hilly area around the Limfjord, dotted with small straits, bays and inlets. Take a break from the wind at West Jutland’s beautiful inland areas, with large forest plantations and fields.
Wideopen spaces, a harsh climate and long, straight roads characterise the country’s westernmost province. The combination of flat heaths and the occasional hill make for great visibility. The west coast’s straight coastline is broken only at Blåvands Huk and doesn’t end till it reaches Skallingen peninsula and the Wadden Sea island of Fanø. The fjords of Western Jutland often attract huge bird populations, and the forests consist of conifers interspersed with open moorland.

Denmark’s largest mammal, the red deer, has invaded the plantations of Western Jutland, and the area now boasts the country’s largest population. You can hear it bellow on guided tours or experience the deer firsthand at Filsø and Grærup Langsø, south of Henne Strand.

Western Jutland is also home to some of the country’s largest rivers, all of which flow westward. The Storå river flows into Felsted Kog, the southern end of Nissum Fjord and Skjern Å runs into Ringkøbing Fjord while Varde Å flows into Ho Bugt. Canoeing and kayaking are allowed in all of these rivers, and fishing conditions can also be quite favourable. Skjern Å in particular is a paradise for anglers looking to catch salmon.

Old villages and a small number of stately homes lie along the more fertile land surrounding the fjords and rivers. The towns of Western Jutland are also located here, apart from Herning, which sprang up due to the booming textile industry. Lemvig, Ringkøbing, and Varde are among the most picturesque towns in Western Jutland with old houses and winding streets. There are also several towns along the railway, such as Vemb, Grindsted, and Ølgod, and port towns such as Nordby and Sønderho on Fanø.

Some of the numerous German bunkers from World War II found along the west coast are balancing perilously close to the North Sea, while others are already buried at sea. You can still visit a few small bunkers at Thyborøn and Søndervig, with the best of all, the great Tirpitz bunker site at Blåvand, being part of Varde Museum.

You will find several interesting museums connected to fishing and the North Sea located along the west coast. The marvellous Sneglehus, Thyborøn Coastal Centre, and Jutland’s Aquarium are to be found in Thyborøn, while the stories of the west coast’s many shipwrecks are told at the Shipwreck Museum of St. George in Thorsminde. The Fishery House in Hvide Sande recounts the local history of fishing, which is worth checking out. Denmark’s Amber Museum is located in Oksbøl and houses both beautiful art pieces and insects inlaid within natural amber. 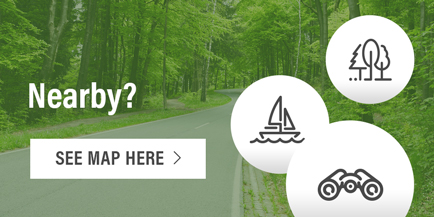